I made the local train in the early evening, and the city felt on the edge of color as our trio swam through the vibrant streets. Now I look back and imagine the inside of a video game. They’re complex, creative, immersive, and interactive in the way that a lot of things are. Even though video games are often associated with children, we’re capable of learning a lot from them; I had to learn to appreciate them pretty late in life. Now I embrace being bad at certain things (I’m bad at video games) and loving them anyway. I loved Philly before but I hold a new pride for my city now (and understand sports fans that much more. Go birds.) I think of people as having lore in their histories. Overwatch League certainly has lore. And my esports origins began over a year ago. Philadelphia Fusion isn’t the only team I learned to love… I also root for the Los Angeles Gladiators!

More than the day of love, Thursday, February 14th marked the return of the Overwatch League to international screens, after a six month off-season that left fans eager to carve time out of their schedules for live streamed games or local events like the one we were headed to and had promised to attend. Last year was the premiere season of a league formed around the game Overwatch. From the three-year-old multiplayer game emerged an entire franchise; young professional players represent cities from Shanghai to Houston, compete live at an arena in Los Angeles with the matches broadcasted free of charge to audiences watching from home. The league bloomed its inaugural season from twelve original teams in 2018 (holding the hearts of passionate, seasoned fans who for months followed them through everything imaginable), to a total of twenty entering the ring this year, (eight buzzing from their first chance to perform, and the original twelve making efforts to hold their ground).

Philly is one of them. Last summer, they took their underdog roots to the Season One Grand Finals in New York’s Barclays Center. There they competed to hold the name of Season One Champion. I took to the seats and streets to support my team under orange lights, sleepless but energized, surrounded by loved ones seven months in the making. Here, at an opening day party to watch the first-game rematch from Fusion’s home city, I celebrated brotherly love that I found in new local friends, passionate crowds rooting for a team that embodies my city’s spirit, and this colorful video game that opened many moments of learning and appreciation. I made the local train in the early evening. But (re: lore) how did I get here?

My partner in crime, Sandy Liang ’20, made the leap with me into this unfamiliar world when we became regulars last January. For our dogged city Philadelphia to announce a team in the Overwatch League was, for us, unimaginable. So of course we had to support them. We eased our way into the waters: I watched their first match from my PS4 where I had been playing badly for maybe a year now. Sandy learned the names and histories and relayed them to me confusingly. I let the professional element absorb. We learned how to use Discord to join the team’s individualized server, we crushed fears to engage with the growing community there, and we made a place for ourselves.

We laughed online and met people at events like this. From usernames and animated icons we learned more about people than our roots in this mutual interest: people like us who grew up in or near Philly, others on the east coast without hometown teams, Discord is a platform created for video game communities to engage privately or publicly.

who are just visiting, or who dream of or plan to move here in the near future, people in Europe or Asia who feel the Philly energy somehow, their work, their pets, and more. I’ve reconnected with friends from middle school over our love for the team. People have recognized me or my merch at Bryn Mawr, on evenings looking for dinner in Chinatown, and even at conferences in New York. Months of communal stressing about matches, either online or returning to now-familiar places to watch together, created organic local and international friendships. They have expanded beyond Philadelphia Fusion to spending Thanksgiving and New Years with these friends I made online, cooking and laughing and reminiscing. (The friends I mentioned, who I explored & watched horror films with during fall break? The same sweet friends I met here.) We celebrated this return to the stage with a return to Xfinity Live. The place had become a home for us, from meeting the team there during their first Homecoming last May to having impromptu dance parties during our playoff games in July. We brought Hannah Chinn ’19 for her first esports experience and our friends brought adorable Valentine’s gifts, covering the table among community name tags and pins we had made for the Fusion local fan club. The moment was pretty surreal: together we remembered a full year of highs and lows and changes, friendships that grew alongside the team as we had the chance to engage with them and one another online and then off. We remembered places where we planted our roots. We remembered easier and uncertain times, learning moments, and wholehearted exchanges like the giving of holographic Valentine’s cards. LA in June | with Sandy Liang ’20 and our friend Elyse, taken by Robert Paul

Needless to say, Fusion won the rematch (they had lost the Championship; but who says there’s never a chance for comebacks?) That’s what the team embodies: a city underrated, a fighting spirit, a community capable of going to the ends and back. 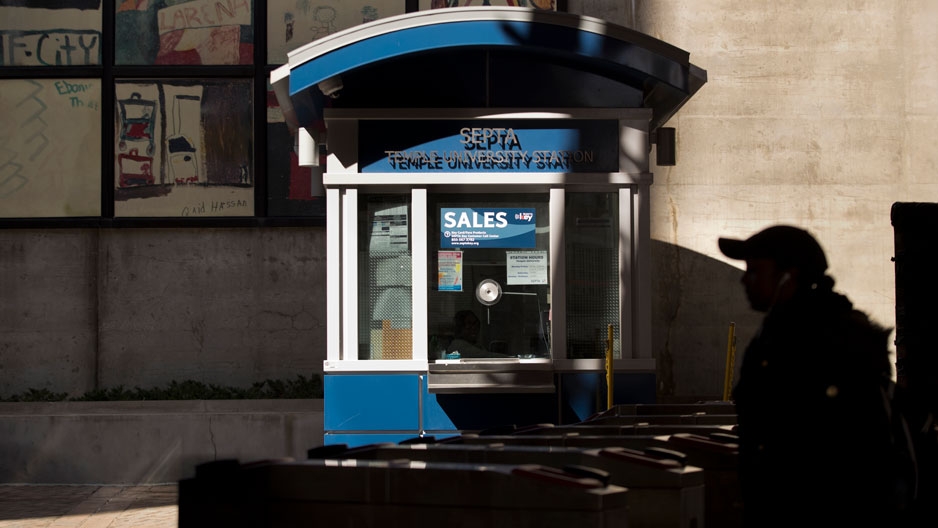 I warmed up early Saturday morning to make a trip to the city for Temple’s Inclusive Leadership Conference. Eight of us from the CDA cohort met at 8:30 a.m. to receive our pink one-way tickets & catch the train, complaining halfheartedly about the wind the whole way there. We exchanged laughter about our Friday evenings and daydreamed about coffee. The train ride in was comfortably sleepy.

The organizers energetically welcomed us with more enthusiasm than we could imagine on a Saturday morning, full of high fives in response to “Bryn Mawr” and Philly language that felt like home (“Ard bet!”) The conference programming was found on an app named Guidebook that we were all encouraged to download; on it were listed all of the workshops (with descriptions!), locations and times so that we were able to choose & customize our own engaging experience. It was pretty cool and really helpful when I needed to refresh myself on what was available to me. They gave us these neat bags with everything we might need for the conference, and we headed inside the main room for light breakfast, jars of pins reading from pronouns, to identities, to promises for allyship, and eventually welcoming remarks made by Temple alum and Pennsylvania State Representative Malcolm Kenyatta. I made note of the things he said that I found most interesting. Malcolm emphasized to us that diversity and inclusion were not enough; instead, he expressed, we should move towards making our work about diversity & invitation. He said something that really resonated with this: that “everyone wants to talk about bringing different people to the table until they have to give up their seat.” In his words, we “gotta unplug the whole game.” Malcolm told us that it’s not our responsibility to change the whole problem; but for that reason we can each make change within our own spheres of influence. Our friendships, intimate relationships, families, our circles are all, to an extent, within our ability to change and act, something easy to forget but sometimes comforting to remember. The spirit of “Random Acts of Inclusion!” 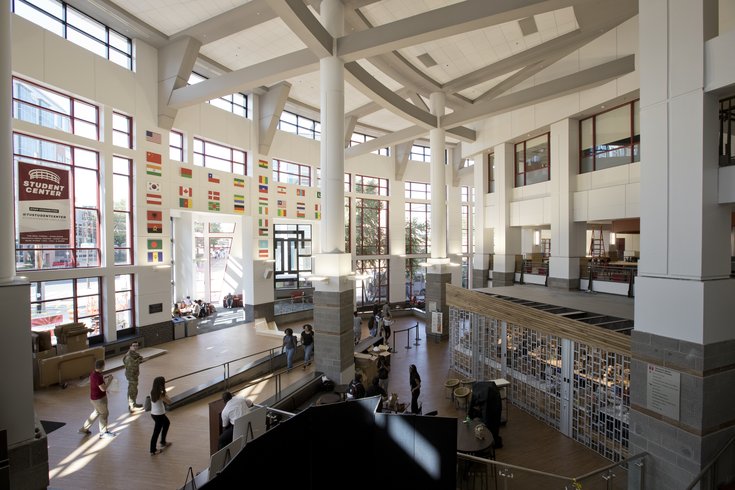 i forgot to get a photo of the student center! here’s one by Daniel Craig on PhillyVoice.

Of the workshops I attended, many of them orbited around the idea of how our language can operate towards change. We learned tips for making our everyday language reflect the values we hold towards openness and inclusion, how to make conversations more accessible, and how to channel that into uncomfortable or difficult topics. I found it heartening to see how some facilitators put those things into practice; one of them underlined that although he was presenting his work to us, if something was unclear it was because he wasn’t clear. He was always open to the addition of things he may have missed. People were able to bring their hard experiences into the space and be thanked/applauded for their vulnerability. My favorite workshop of the day however was named “Navigating Access in the Performing Arts,” that featured a panel of local performing artists or behind-the-scenes organizers of places created for marginalized communities, such as the Project Coordinator advocating for inclusion of artists with disabilities and the Event Coordinator for Philadelphia’s Asian Arts Initiative. The panel was made up of mostly women of color, of which the majority were black. They each brought an individual perspective of how their organizations talk about access, as well as how they’ve navigated access to the arts in their own professional experience. Ang Bey from their website | by Enoch Purnell Photography

We named various kinds of access, from economic access and elitism in the realm of performance art to physical space and the audience’s comfortability in it. Each organization thought through how they could include things like sliding scales for cost, language access for non-English speakers and ASL or closed-captioning resources for folks who are hard of hearing, making performances sensory-friendly and physically accessible in different communal spaces, and more. Here we talked about the small pros of having your language & your work reflect your values; Melody Wong recommended asking the simple question of “Why do we do it that way here? Why don’t we do it this way?”

One moment that I loved was when Ang Bey, a black non-binary performer recalled experiences of making a production they were on more inclusive for various gender identities. The production of Twelfth Night was held in West Philly’s Clark Park & made open and free for people to attend. They remembered that as an empowering communal moment.

The conference ended at 3 p.m. and the eight of us met briefly before heading our separate ways. Alma Sterling ’21, Hannah Chinn ’19 and I made a detour to Chinatown to enjoy our free fare to the city and the winter sunshine, taking boba and sweet buns for the road. A local from West Philadelphia and a lover of the intricacies of art and social justice, my name is Maria (she/her pronouns) and I'm a senior here at Bryn Mawr. Between brewing coffee at The Lusty Cup and writing ideas for Banter blogs on old receipts, I can be found dancing with RnM or catching the train to my West Philly apartment. My passions lead me to studying English, Africana, and Sociology as I navigate my last year, in hopes of creating honest, critical, and empowering dialogue among mawrters on and off campus.